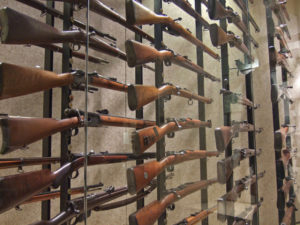 LIVINGSTON COUNTY – The New York State Senate and now the New York State Assembly have both approved a bill that would permanently make hunting with centerfire rifles legal in Livingston County.

According to a press release from NYS Assemblyman Bill Nojay, the bill making rifle hunting for deer and bear in Livingston County passed the state Assembly by a vote of 82-10. The bill will soon go to Governor Andrew Cuomo, who can sign it into law.

“We’ve been waiting for a long time for Livingston County hunters to be able to use rifles for deer and other game,” said Ivan Davis, the Supervisor of Portage and longtime advocate for making rifle hunting legal in the County. “Two years ago we got temporary permission, but this legislation makes it permanent. Rifle hunting for deer and other large animals makes sense, it helps with deer and bear population control, and it is safer because bullet
placement is more accurate at longer distances than shotgun slugs.”

Oct. 1, 2016 marks the end of a two-year trial period for rifle hunting. The 2015-2016 hunting season was the safest on record in 60 years, with no hunter fatalities recorded.

If enacted, Livingston will be among 44 other counties across the state that allow rifle hunting for deer and bear, including the adjacent counties of Wyoming, Allegany, Steuben, Ontario and Genesee, where big game hunting with rifles is already permitted.

NYS Senator Catherine Young and NYS Senator Patrick Gallivan said in previous press releases that rifle hunting for small game has been permissible in the county for many years, but big game was excluded and needed special legislation before it could be legalized.

“Hunting is part of the culture and tradition of Livingston County. We have hundreds of hunters starting with young people through seniors who enjoy the outdoors and are a big part of our economy. This legislation will ensure Livingston County hunters can harvest deer and bear
in a safe way,” said Nojay.