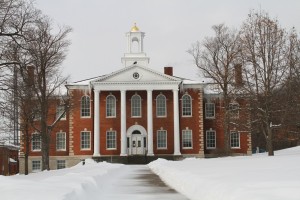 The DA’s Office came to the front of the County’s attention in April 2016 when New York State effectively mandated that all counties increase the salaries of their respective district attorneys to $183,297.75 per year in 2016, $193,000 in 2017 and $203,000 in 2018. On Wednesday, McCaffrey laid out the structure of his office and asked that the County not cut staff or salaries.

“It’s my hope that we can continue where we are as a DA’s Office and keep all of the positions that we currently have,” said McCaffrey. “I understand that there may be questions or concerns as to exactly what everybody’s doing. Obviously I’m happy to be transparent and answer those.”

McCaffrey said that his 10 employees, including five assistant district attorneys, already make modest salaries compared to other local attorney positions. While he did not ask for these to increase, he said that he would like these to remain the same.

“Obviously I’m grossly overpaid, I’ll be the first one to admit it,” said McCaffrey. “My first assistant currently makes $96,000, which is actually less than what our appointed public defender makes and just more than what our conflict defender makes, with 18 years’ experience.”

The five assistants make a combined total of $367,000. McCaffrey also has a confidential secretary and two office secretarial staff.

“Our Crime Victim Coordinator is subject to audits, has to do weekly, daily and monthly reporting, both to me and to the state,” said McCaffrey. “He’s survived every audit. He is sometimes coarse with victims and police officers but again for 22 years he has gotten the job done. It’s a position that would be difficult to lose.”

“Mr. Kelly is a retired New York State Senior Investigator with 36 years of law enforcement experience and he’s been with my office just short of two years now,” said McCaffrey. “He’s paid $29,999 because anything above and beyond that he would have to get retirement.”

The committee and McCaffrey discussed the efforts to fill Dadd’s position while in executive session.