A press release from the Livingston County Democratic Committee announced that they ‘came to a unified consensus’ at its February meeting, voting to endorse McMurray for the 27th Congressional District, currently occupied by Collins.

“Nate McMurray, the Supervisor of Grand Island, knows what it takes to win in deep red territory,” said Judith Hunter, Chair of the Livingston County Democratic Committee. “His experience, his candidate skills, and his understanding of the issues facing us in the 27th District really stood out for us. We understand that Chris Collins has some built-in advantages in this district, but his arrogant disregard of his actual constituents, whom he refuses to meet or listen to, along with his ethical problems have put this district in play. With Nate as our candidate, we can hold Collins to account and elect someone who will see representing the residents of this district as his highest priority.”

Each of the five declared Democratic candidates attended the meeting and answered questions from the Committee. After discussing what each candidate had to offer, committee members from every part of the county decided that Nate McMurray is ‘their best choice to defeat Chris Collins in November.’

“The people of Livingston County and the entire district deserve so much more than they’re currently getting from Collins,” said McMurray. “They need someone who will support legislation that will actually help them, not target them for where they live, which Collins did with his support for the tax bill that goes after our SALT deductions or by devising plans to blow up Medicaid in New York, which Collins did with his Collins-Faso amendment. We need to protect Social Security and Medicare, good programs that we all pay into, instead of going after them to try to make up for the huge explosion of the deficit that the new tax bill has created. And everyone deserves a representative who will listen to them. I can be that representative.” 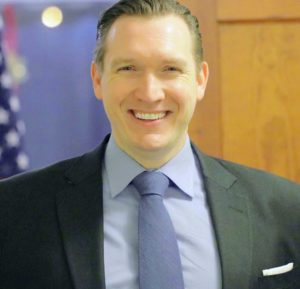