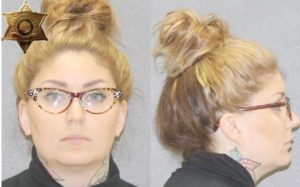 According to a press release from Livingston County Sheriff Thomas Dougherty, Annie Malara, 30, was arrested for Grand Larceny in the Third Degree, Welfare Fraud in the Third Degree and Misuse of Food Stamps, all of which are felonies.

Investigators allege that Malara went to Livingston County Department of Social Services in Mount Morris and signed up for benefits but did not reside at the address provided, resulting in an overpayment of $5644.50.

The arrest and investigation were handled by Sheriff’s Investigator Dan Rittenhouse of the Criminal Investigations Division with the assistance of the Livingston County Department of Social Services.

Mount Morris Justice Robert Ossont arraigned Malara and released her on her own recognizance, with no bail required.