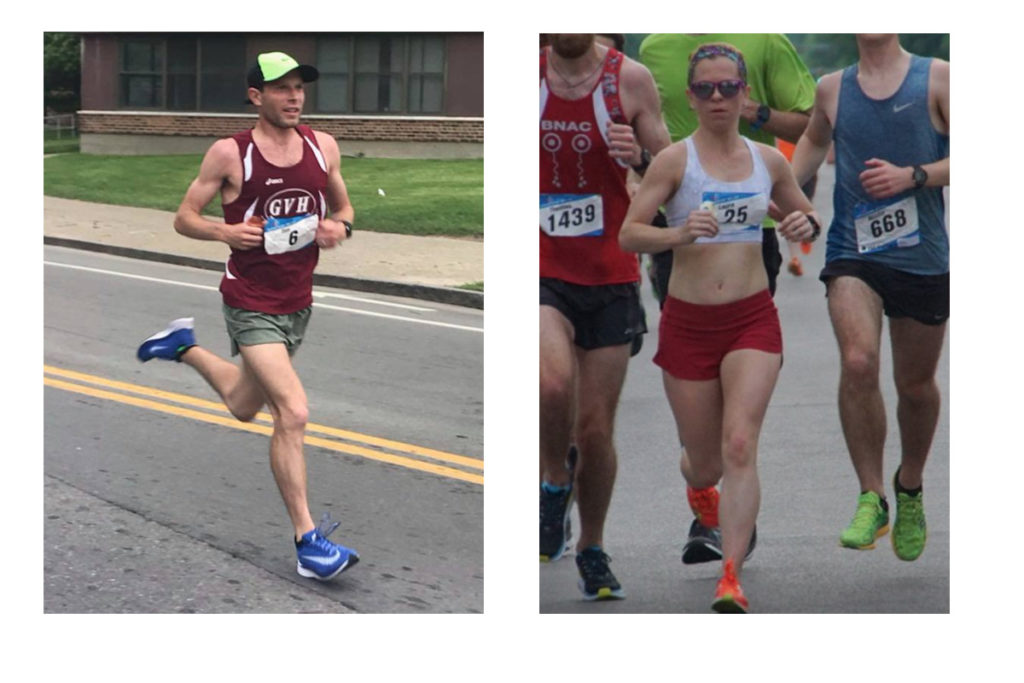 “It was an amazing feeling to win a marathon that is local to the area I live in. I had my family and friends to support me, which really helped me grind out the last few miles. I also had a ton of support from the students, teachers and administration from Arkport central school,” stated Chichester, who is a biology teacher at Arkport. “When I got to school on Thursday before the race, the students were all waiting for my in the hallway with posters and personalized words of encouragement that they wrote on a foot prints that lined the hallways up to my classroom. I feel very lucky to teach at Arkport Central School District.”
Chichester’s time was 54 seconds under the 2020 U.S. Olympic qualifying standard time. The SUNY Geneseo and Mount Morris Alumnus qualified for the previous Olympic trials through a half marathon qualifying time.
“It was difficult to run a majority of the race alone, trying to maintain my pace for the Olympic Trial Qualifier. My coach, Coach Reif was out on the course giving me confidence that I could hold onto the pace until the end,” said Chichester who was 11th at the 2012 Boston Marathon. “It was a surreal moment when I came down the final stretch and saw the big clock still in the 2:17s. It was over a 2 minute PR for me, and I couldn’t be happier.”

For Anderson she has run a different road to her high level of competition now completing  15 marathons including Buffalo, but this is her first 1st marathon win.

“Winning in Buffalo feels like a hometown win for me, it’s a city I love, home to many family and friends and we are die hard Buffalo sports fans,” said Anderson.”To have my first marathon win be on that course, surrounded by so many people I love and care about is incredible. Running, with or without winning, is so much about the people you meet, the people you run with, the people you get to share those ups and downs with at the finish lines.”

This is also the first marathon that Anderson has run since giving birth to her daughter on April 29 of 2017.

“I took most of pregnancy off and didn’t return to running until June of last year,” said Anderson.

Even after she started running again, Anderson didn’t start preparing for her marathon return until January.

“I really needed to be conscious of not doing too much too soon and making sure I was doing it for the right reasons,” said Anderson. “I really embraced a slow gradual return, running for the sake of running.”