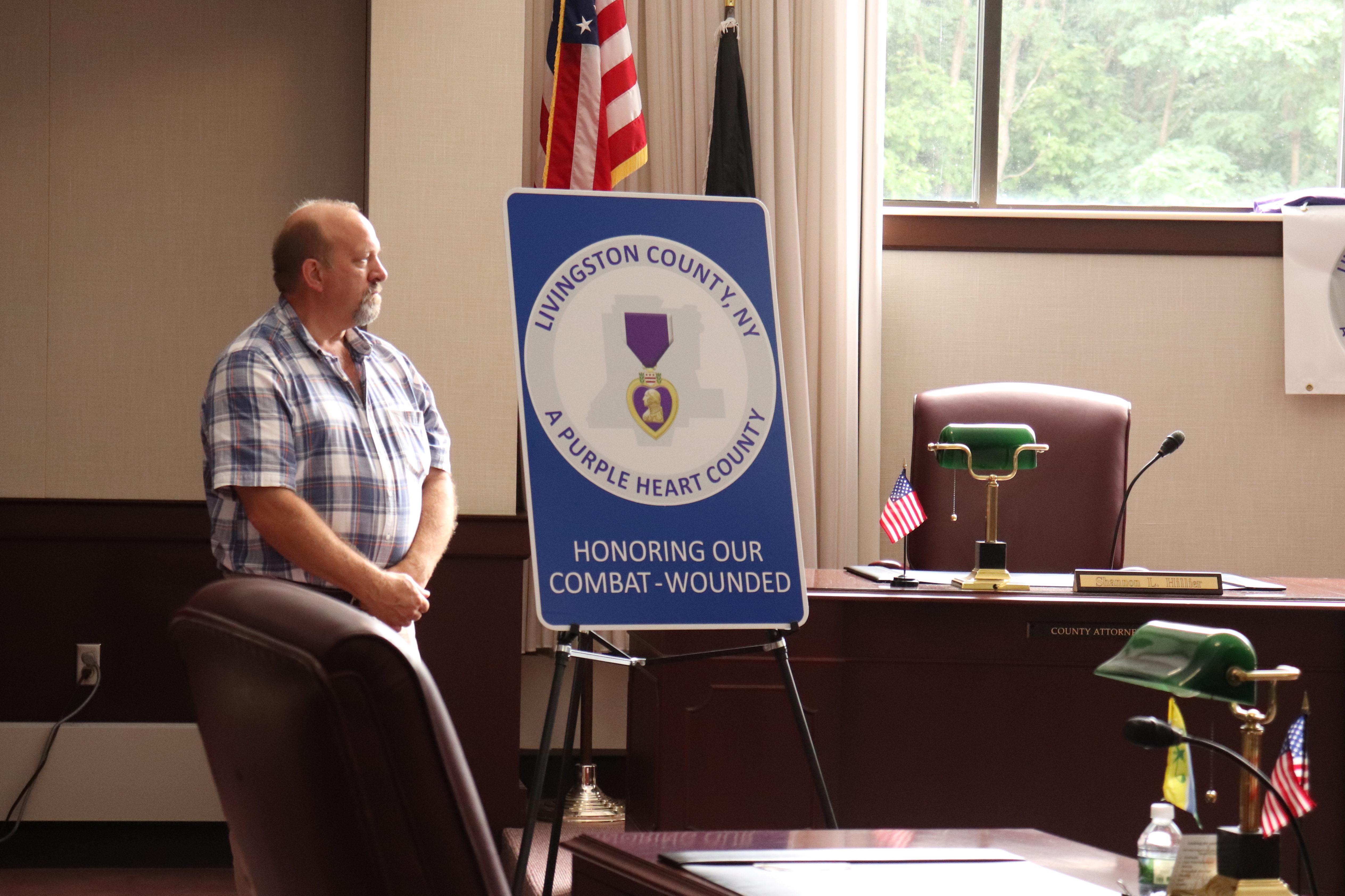 The Purple Heart Medal is an award that is given to any member of the United States Armed Forces who has been wounded or killed in combat by a declares enemy of the United States. On Feb. 14,  2018, the Livingston County Board of Supervisors officially declared Livingston County a Purple Heart County to show their appreciation for the many residents who have sacrificed themselves in the defense of freedom.

“As a Purple Heart county, those driving through will recognize the respect that your county has for their veterans,” said Alexandra Gould, on behalf of Congressman Chris Collins.

The ceremony included remarks by NYS Assemblyman and U.S. Marine Corps Veteran, Joe Errigo, as well as Livingston County Officials who have served in the U.S. Armed Forces. All of the speakers stated how proud they are of the sacrifices made by the veterans and particularly those who had received the Purple Heart.

One of the Purple Heart recipients in attendance, Tom Reynolds, gave and emotional response to the show of appreciation and support from his community.

“I grew up in Lima, but this is the first I’ve worn my Purple Heart in public because of of the response that we got coming back from Vietnam,” Reynolds said. “It took me 15 – 20 years, but now I’m proud to wear it, and I’m glad to be home. It’s about time.”