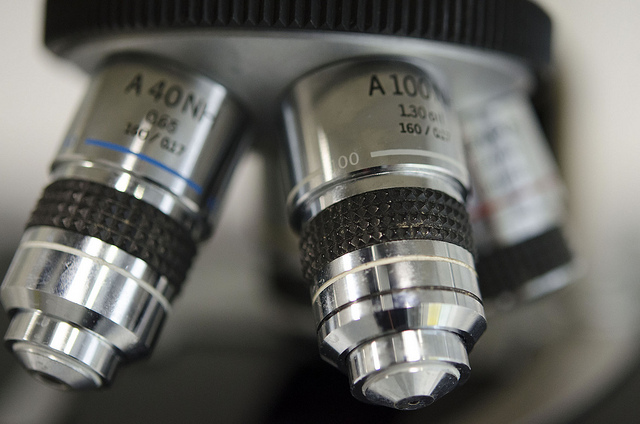 (Photo/University of Liverpool Faculty of Health & Life Sciences via Flickr.com)

According to a press release from the Department of Health a tourist with a confirmed case of measles stopped off of I-390 at exit 5  in Dansville on May 2nd between 9:30 a.m. and noon.

The European tourist made a trip throughout New York State including stops to and from Niagara Falls. Here are the locations and times people might have been exposed to between April 30 – May 2:

Measles is a respiratory disease that is caused by a virus and is easily spread by contact with nasal (nose) or throat secretions of infected people. Measles can lead to serious side effects and, in rare cases, death. Measles symptoms usually appear in 10 to 12 days, but can occur as late as 18 days after exposure. Symptoms usually show up in two stages. Enclosed please find information to share with your community.

In the first stage, which lasts two to four days, the individual may have a runny nose, cough, and a slight fever. Eyes may become reddened and sensitive to light while the fever gradually rises each day. Small bluish white spots surrounded by a reddish area may also appear on the gums and inside of the cheeks.

The second stage begins on the third to seventh day and consists of a red blotchy rash lasting five to six days. The rash usually begins on the face and then spreads downward and outward, reaching the hands and feet. The rash fades in the same order that it appeared, from head to extremities. Although measles is usually considered a childhood disease, it can be affect people at any age. Individuals are not at risk of getting measles if they are immune. A person is considered immune if they have received two doses of Measles, Mumps, and Rubella (MMR) vaccine/shot, OR if they were born before January 1, 1957, OR have a history of laboratory-confirmed measles, OR have a blood test confirming immunity.

The single best way to prevent measles is to get two MMR shots. The first shot should be given at 12-15 months of age, and the second shot is usually given at 4 to 6 years of age, but may be given as soon as 28 days after the first shot. Anyone who has not been vaccinated or known to have measles should receive 2 doses of MMR vaccine at least 28 days apart. The Livingston County Department of Health has MMR shots for adults and free MMR shots for children ages 6 months through 18 years who qualify at the Immunization Clinic.

For more information or to schedule an appointment at the Immunization Clinic, please contact the Livingston County at 585-243-7299 or visit www.livingstoncountyus/doh.htm. \