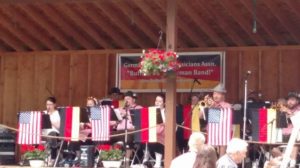 “So there’s a 21-piece German band from Buffalo coming in, there’s a German singing group coming in out of the city, there’s the first performance of an actual German folk dancing group, the Rochester Schwaben Verein Folk Dancers,” said Falk. “Not the shoe-slapping, but the actual folk dancing that predates that. First time performance. And all the sausage from Timmy Steel in Avon. And all the classic Volkswagens on display.”

The Rochester Schwaben Verein had a folk dance group that was active from the early 1950’s to the early 1960’s, but then discontinued performances. They revamped in 2016 and are just now beginning to perform again.

Lima’s German Festival is organized by the local German club, which exists to help people understand German culture and its local history.

“The club’s purpose is to provide sort of a glimpse into German culture and community in the area,” Falk stated.

According to Falk, the club has been putting on the Traditional German Festival for all 84 years. 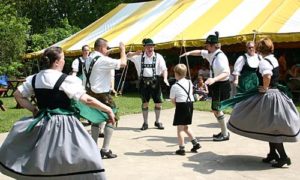