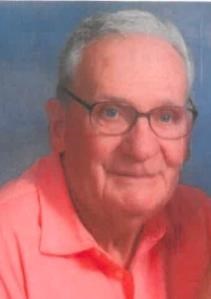 Richard Willis passed away on Sept. 12, 2020. He was born on Oct. 16, 1932 in Rochester, N.Y., graduated from Irondequoit High School in 1951, served in the U.S. Navy as a Corpsman Stationed at Oakland Naval Hospital 1952 – 1954. After being honorably discharged from the Navy Richard attended Alfred State University. Within the first two weeks of school he met the love of his life Clarice Peck. They were married two years later on July 21, 1956. After graduating from Alfred State in 1956, Richard worked at Lakelands Concrete in Lima, N.Y., which was founded by his wife’s Uncle Bill Clarke. In 1979, with an ambition to start his own business, Richard founded LHV Precast, Inc., of Kingston, N.Y. Richard laid the ground work and was instrumental in building LHV to where it is today. He saw the potential and had the tenacity and drive to make it succeed. LHV Precast is still in operation now run by his sons, James Willis and Robert Willis. Richard lived a very full and accomplished life. One of his most prominent accomplishments was that of being a private pilot with 5,000 plus hours. He flew all over New York for sales calls. The family has many fond memories of flying together with many trips to Florida and other locations. He loved boating and waterskiing. Richard and Clarice enjoyed many years camping in their RV at Lake George. Richard and Clarice have a lifetime of memories with their shared passion of dancing. They have cleared many a dance floor together over the years. In 2003, Richard and Clarice retired to Hobe Sound Florida. They had a small home in the Ridgeway Retirement Community. Being a natural leader, Richard was head of the Board at the retirement community. He was well respected and loved by all in the community. Richard was a devoted and loving husband and father. He was loved by all and will be dearly missed.

To share a memory or a condolence, please visit:  www.doughertyfuneralhomes.com