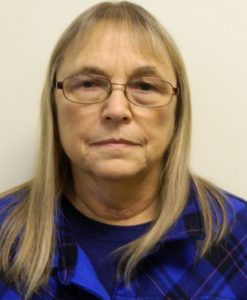 Each year, the American Legion Posts, Counties and Districts submit nominations for the American Legion Department of NYS Law and Order and First Responder Awards. These include Police, Firefighters, Correctional Officers, EMTs, 911 Dispatcher and their various Departments. These awards honor those who have given above and beyond to their local community through their extended service or a single seminal act.

Kevin P. Niedermaier was awarded the American Legion Law and Order Firefighter and Emergency Manager of the Year for his 40+ years of dedicated service to the Groveland Fire Department (GFD) and LC. He served from Lieutenant to Chief of GFD, was Dept. Treasurer and is currently its President. He is also Clerk of the Works for a new construction project at Groveland Hill Fire Station No. 2.

In addition, Mr. Niedermaier has served as Director of the LC Office of Emergency Management for 25 years.  In this capacity, he oversaw and provided guidance to LC’s 19 volunteer FDs, coordinated for NYS firefighting and emergency response training courses for firefighters and supervised the Fire Instructors. A former Fire Investigation Instructor at the NYS Academy of Fire Science in Montour Falls, he was the lead LC Fire Coordinator and NYS Level 2 Fire Investigator, and his LC Team has a 100% arson conviction rate over 25 years. He also organized and led LC’s HazMat Response Team.

Livingston County Sheriff’s Office was awarded the American Legion Law and Order Police Department of the Year for 2020-2021 for their heroic actions on May 27, 2020, involving an out-of-state tractor-trailer driver speeding in Genesee County who refused to pull over and began firing a handgun at police. The chase rapidly moved into LC and Geneseo, and Sheriff Thomas J. Dougherty sent out a reverse 911 call warning LC residents to stay off the roads. All on-duty deputies moved in to assist, with many being fired upon and several vehicles damaged. Multiple attempts to stop the vehicle without using force were unsuccessful. When the suspect headed back towards Geneseo, the LC Sheriff’s Office Command Staff gave the order to engage the tractor-trailer to stop it from entering the town. Deputies were able to do so in a safe location, and the vehicle was stopped when the suspect was killed.

Command Staff expertly assessed the perilous situation, recognized the potential danger to the community, and gave clear, difficult, decisive commands, resulting in the incident’s successful conclusion, with no injuries to deputies or civilians.

Dansville Ambulance Company (DAC) was awarded the American Legion Law and Order/1st Responder Emergency Squad of the Year for 2020-2021 for outstanding service to LC since 1968. DAC is an all-volunteer EMS provider to the Village of Dansville, Towns of N. Dansville, Sparta, W. Sparta, Ossian, parts of Groveland and part of S. Dansville, and also assists LC as needed. It averages 1100-1300 calls each year, covering approximately 148 sq. miles and 12,300 people.

Previously, Monroe Livingston Regional Emergency Medical Services Council named DAC 2019 Agency of the Year for excellence in furthering the mission of EMS in the area. The award recognized its commitment and dedication to care, strong leadership, excellent communications and teaching skills.

Bravo to all, and thank you for your service!