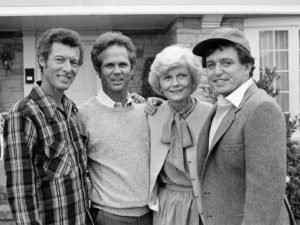 The 76 year old actor who played Eddie Haskell on “Leave it “Leave it to Beaver,” Ken Osmond’s died Monday of respiratory related conditions

Besides his iconic role Mr. Osmond also appeared in other TV shows including  “Lassie,” “The Adventures of Ozzie and Harriet,”  “The Musters,” “ Happy Days” and  “Wagon Train.”

In 1970 Osmond became a motorcycle officer with the Los Angeles Police Department.  There he grew a mustache to be less recognizable, according to Variety Magazine.

In 1980, he was hit five times by a bullet while chasing a suspected car thief on foot. Four of the bullets were stopped his bullet-resistant vest, while the fifth bullet ricocheted off of his belt buckle, the report said.