BIRMINGHAM, AL – Seventeen athletes from the SUNY Geneseo Track and Field program made the trek out to Birmingham this past weekend, to compete at the Division III NCAA National Meet. The Men finished 9th overall, the Women, 14th, with 12 All American finishes, and 1 National Champion team in the Men’s Distance Medley Relay.

“Geneseo athletes brought home 12 All-American honors, which includes a national champion relay team” said Assistant Coach Dan Moore.”This was a great way to end the season that started off rough with bitterly cold temperatures, one of the snowiest early winter months on record, and a flu strand that just would not go away. SUNY Geneseo was represented incredibly well this National Championship weekend.”

The Men’s Distance Medley Relay took home the gold, claiming a National Title. The team, which consisted of Luke Holtzman, Zach Hannahoe, Gillan Faulkner, and Issac Garcia-Cassani, ran a 9:56.62 to beat out the other teams.

Garcia-Cassani came back on day two to take second place in the Men’s 3000 Meter run.

Full results can be found here!

Congratulations to all athletes, and coaches on a spectacular indoor season. Stay tuned, as the Knights gear up for Outdoor! 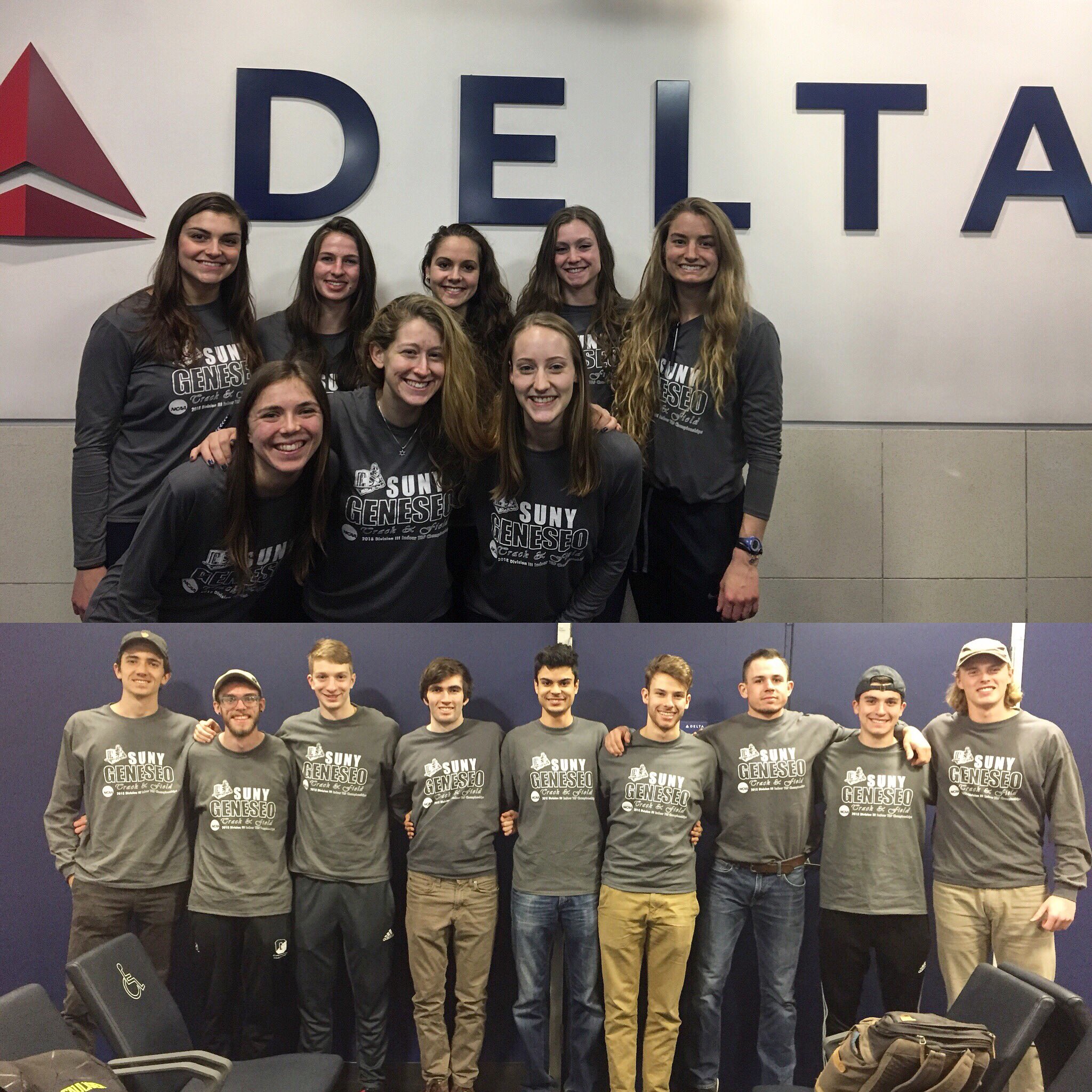