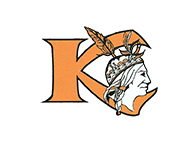 Keshequa Boys Volleyball hosted a double header at home today against Sodus and Midlakes. The first game was against Sodus and resulted in the first win for the inaugural season of the boys volleyball program. The scores were:
Sodus 25- Kesh 21
Sodus 21- Kesh 25
Sodus 26-Kesh 24
Sodus 14- Kesh 25
Sodus 8- Kesh 15
In a hard fought battle between two teams, the serving from Keshequa was the key in pulling away with the victory. High servers for Keshequa were Bryce Borden with 17 points served, Jacob Gibson with 16 points served, Brent Bird with 12pt, and Jason Hierl with 11. The team worked together and played solid defense and ran a great offense to pull out the first victory in program history.
Sodus high servers were- Tyler Morse with 12 points, and Liam Rothfuss with 8.

Higher server for keshequa was Brent Bird with two. High servers for Midlakes was Sam Day with 12, Isaiah Delgado with 11, Matt Crouch with 8, and Josh Delgado with 6.