LIVINGSTON COUNTY – A jury found a formerly wanted parolee guilty on all counts for a crime spree that spanned from Nunda to Avon.

On June 9, at about 12:30 a.m., a Livingston County Deputy Sheriff pulled Smith over for an alleged Vehicle and Traffic Law infraction, but Smith rolled up his window and pulled away. At 6:30 a.m. the same day, deputies were called to Scipio Road in the Town of Nunda for the report of a burglary. The residence was allegedly entered overnight and the homeowner was missing a purse and cell phone. While Deputies were investigating that complaint, a stolen pickup truck was reported on Pole Bridge Road in the Town of Avon.

Further investigation alleged that Smith made calls from the stolen phone and used credit cards from the stolen purse in the Wellsville area. Livingston County Investigators contacted Wellsville area law enforcement and provided them with information on the alleged incidents, including a description of the allegedly stolen truck. It was also learned that Smith was on parole and that there was an active warrant for his arrest for allegedly violating the conditions of his parole.

That same day, Investigators from Livingston County responded to the Wellsville area and found evidence that Smith was with an acquaintance at a residence on South Brooklyn Avenue in the Village of Wellsville. Sheriff’s Investigators coordinated investigative efforts with the Wellsville Police Department and New York State Police out of the Amity barracks.

All entities responded to the residence and took Smith into custody after he again fled on foot. Investigators recovered numerous pieces of evidence linking Smith to the crimes in Livingston County. 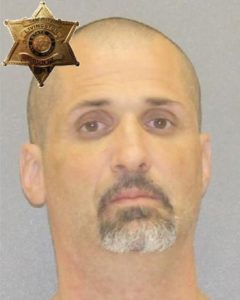