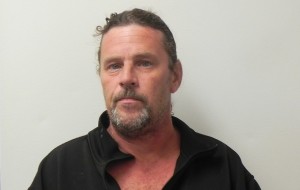 LIVINGSTON COUNTY – A jury convicted a Caledonia man at trial of stealing gold and silver coins from his ex-girlfriend’s children, which he apparently then pawned for heroin.

Douglas Grant, 47, was convicted of felony Grand Larceny in the Fourth Degree. The more than 60 silver eagle and gold British sovereign coins were gifts from the childrens’ grandparents, including their deceased grandmother.

“It’s a sad case because these are items you can’t put a dollar amount on due to their sentimental value,” said Assistant District Attorney Victor Rowcliffe, who prosecuted the case. “The kids lose trust, and what people do for drugs…it ruins people’s lives.”

Grant’s defense attorney, Michael Stivers, said that they will be pursuing an appeal.

“We thank the jury for their service,” said Stivers. “We are very disappointed in the verdict. We felt the facts and the evidence were on our side, and we will be pursuing an appeal.”

The investigation began when the kids’ grandfather gave them another set of coins, but when the family went to deposit them in a safe, they found that the key was missing.

“Police were able to search for leads online,” said Rowciffe. “From September to October, Grant pawned 21 silver eagles. The rest were not recovered.”

Rowcliffe called eight witnesses to the stand, including Caledonia Police Officer Kevin Bruckel, two witnesses with the jewelry and coin exchange, Grant’s family members and family members of the victims.

Stivers did not call any witnesses.

Witnesses testified that Grant tried to trade some of the coins for heroin in Rochester after the theft. After the drug dealer apparently refused, he had them pawned for cash.

He will be sentenced by Judge Dennis Cohen at a later date.