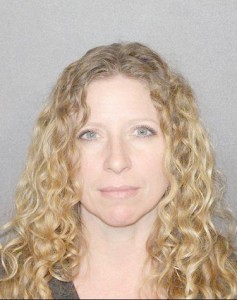 LIVINGSTON COUNTY – A former Mount Morris Central School clerk was found guilty on felony charges Thursday afternoon for exploiting her access to the school’s payroll system to write herself $1699.62 in checks.

Jennifer Brooks, 45, of Nunda, was found guilty of Tampering with Public Records, Falsifying Business Records, and Grand Larceny in the Fourth Degree, all of which are felonies.

“We thank the jury for their service,” said Brooks’ attorney, Michael Stivers. “Obviously, we are disappointed with the verdict.”

Mount Morris Police arrested Brooks in May 2015. She will be sentenced at a later date by Judge Dennis Cohen.

Brooks could serve up to 2 1/3 to 7 years in state prison. It is also legal for Judge Cohen to sentence her to local jail if he finds that prison is unduly harsh, or to a combination of incarceration and probation.

“The allegations brought to the Mt. Morris police department on May 13, 2015 that Jennifer Brooks may have knowingly or unknowingly falsified records, overpaid herself, or broken the law are false,” said Andazola. “As District Treasurer at Mt Morris Central School District she knew her job too well. Any and all financial transactions and record keeping there in would have taken place with the full knowledge of her superiors. We wouldn’t comment any further on the allegations out of respect for the District Attorneys investigative process, to which Jennifer will cooperate fully. Jennifer Brooks has been an upstanding, contributive, and deeply rooted member of the surrounding communities for over 25 years. She anticipates, upon more thorough investigation, any oversights in the auditors claims of wrong-doing will be satisfactorily clarified.”

Assistant District Attorney Joshua Tonra, who prosecuted the case, was not available for comment Thursday afternoon.