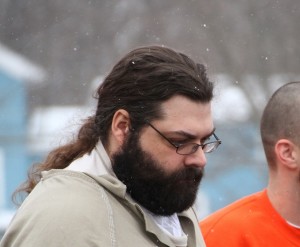 LIVINGSTON COUNTY – A County Court Judge passed a 10-year sentence against a Mount Morris resident who is already headed to federal prison for horrific sex crimes.

Judge Dennis Cohen sentenced Calvin Patrick, 35, to 10 years in state prison for felony Attempted Rape in the First Degree. He is already sentenced federally to over 24 and a half years. The allegations against him were that he imprisoned an adult victim against her will and performed sexual acts upon her for several months.

“I’d be the first to admit that this is a substantially lenient sentence but it was offered in the light that Mr. Patrick was also prosecuted by the U.S. Attorney’s Office and he was sentenced to 295 months in federal prison,” said District Attorney Greg McCaffrey. “I’m sure your Honor would agree that this is one of the most horrendous crimes that will ever come before your Honor.”

Cohen sentenced Patrick to pay a total of $1,375 in court fees and fines.

Patrick declined to comment at sentencing, which comes over 2 and a half years after his arrest. Since the investigation and arrest by the Mount Morris Police Department, the case has been going through both County Court and federal court.

In April 2017, Patrick pled guilty in County Court to Attempted Rape in the First Degree and pled guilty in federal court to Receipt of Child Pornography.

In 2008, Patrick pled guilty in Wyoming County Court to Possessing a Sexual Performance by a Child, an E felony. He was sentenced to 10 years on probation and registered as a level 1 sex offender, considered at minimum risk to re-offend. 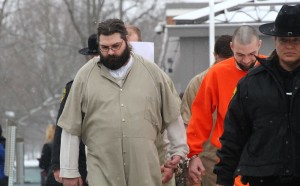