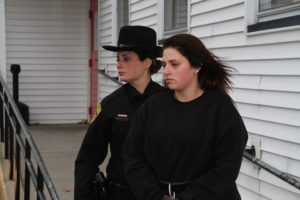 YORK – Justice Walter Purtell joked on the record that ‘what the Town of York needs right now is a good lawsuit’ while arraigning Danielle Allen on a felony manslaughter charge.

Court transcripts obtained by our news partners News10NBC show that court clerk Norma Geary repeatedly asked the Judge to allow the media access to the arraignment to prevent a law suit:

Clerk: You better open the door because they’re going to sue us because we’ve got the door shut.

Clerk: 13. And they’re all out here and this guy is in Rochester calling us so I don’t know what to tell him.

Judge Purtell: Sue us for what?

Clerk: Because it’s open court and just open the door. Just don’t let – if they want to come in.

Judge Purtell: That’s what the Town needs is a good suit.

Allen, 21 is alleged to have stabbed her boyfriend, Marcus Postell, 22, to death at her apartment on Fowlerville Road on Nov. 21.

The transcript, which is available in full here, also shows that Judge Purtell, himself a former State Trooper referred to Allen’s father, State Police Major and Troop E commander Richard Allen, as ‘Major.’ Richard Allen was not wearing his uniform in court.

Judge Purtell: Okay. And, Major, you’re in a position that you will be able to get that going right away, sir?

Higher courts took the case from Purtell and moved it to Caledonia Court.

News10NBC spoke with Supervising Judge Craig Doran, who said Purtell’s decision to close court was the reason that he and Supreme Court Justice Alex Renzi decided to let another judge handle the case while it remains at the local level. 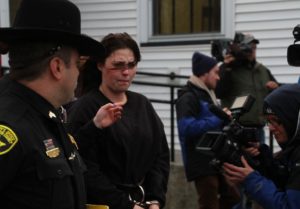 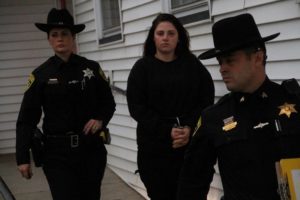