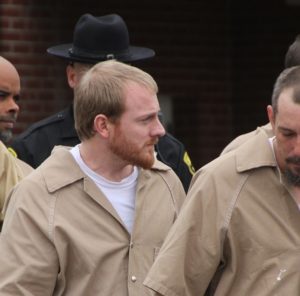 Bailey being led from court in May. (Photo/Conrad Baker)

LIVINGSTON COUNTY – A judge sentenced a Dalton resident who pled guilty to a violent sex offense.

According to a press release from Livingston County District Attorney Greg McCaffrey, Judge Dennis Cohen sentenced Bryan Bailey, 35, to 10 years in prison and 20 years of post-release supervision as agreed for Criminal Sexual Act in the First Degree, a high-level violent felony.

The victim and her family were present in court for sentencing.

“I commend the victim of this horrific offense for having the courage to report the abuse she had to endure and for her strength in appearing in court before Judge Cohen to address the defendant at sentencing.”

Bailey has been in custody since mid-March 2017, when the Livingston County Sheriff’s Office arrested him for felony Sex Abuse in the First Degree and misdemeanor Endangering the Welfare of a Child allegedly having sexual contact with a 12-year-old girl.

The investigation began after a concerned person reported to Deputy Ross Gerace, the School Resource Officer at Keshequa Central School, that Bailey may have been having inappropriate sexual contact with a juvenile female. None of the alleged conduct is thought to have occurred at the school.

While Bailey was in custody, the District Attorney’s Office presented the case to the Grand Jury, who indicted him for Predatory Sexual Assault Against a Child, one of the most serious offenses in New York State Penal Law. 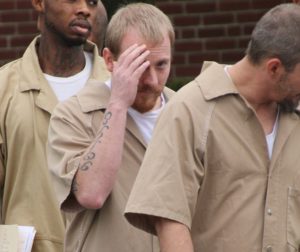