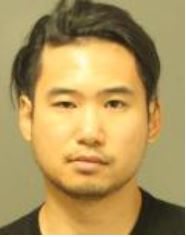 Livingston County District Attorney Gregory J. McCaffrey is pleased to announce that 28-year-old Philip Pang (Woodside, New York) was sentenced on October 14, 2021 in Livingston County Court before the Honorable Jennifer M. Noto to thirteen (13) years with the Department of Corrections and the maximum twenty (20) years of post-release supervision for a conviction of Criminal Sexual Act in the First Degree.

The case was originally reported to and documented by SUNY Geneseo a few days after the incident, but was not fully investigated until 2019 when it was reported to members of the New York State Police Campus Sexual Assault Unit. The case was first presented to Livingston
County District Attorney in the Spring of 2019, with prosecution of the matter immediately adopted.

Livingston County District Attorney Greg McCaffrey credits New York State Police Senior Investigator Matthew Stegner for his thorough and diligent investigation in this matter, and the victim for her willingness and bravery in reaching out for law enforcement several years
after leaving SUNY Geneseo in early 2015. The University Police at Geneseo assisted with the investigation in 2019, and helped with locating former students of the University who recalled the October 2014 incident. Members of Pang’s family were present in court for the sentencing,
where he was represented by his attorneys Raymond P. Sciarrino of Mt. Morris and Mingli Chen of Flushing, New York.