LIVINGSTON COUNTY – The Village’s keg burglar is going back to prison for stealing thousands of dollars in empty kegs.

Michael Willey, 31, pled guilty to four counts of felony Burglary in the Second degree. Livingston County Judge Robert Wiggins sentenced him to 7 years in prison and 5 years of post-release supervision.

The Geneseo Police Department arrested Willey in November 2016 on two counts of burglary believing that he entered multiple properties and yards in the Court Street area and stealing empty kegs.

As they continued their investigation, Geneseo Police arrested him for two more burglaries.

According to the NYS Department of Corrections and Community Supervision, Willey is a level 2 sex offender, considered at moderate risk to re-offend. He spent over 7 years in state prison for felony Rape in the Third Degree for having sex with a 16-year-old girl while he was over age 21.

While in prison, he was also arrested and convicted of felony Promoting Prison Contraband in the First Degree and felony Criminal Possession of a Controlled Substance in the Fifth Degree.

The Department of Corrections will soon take Willey from the Livingston County Jail to prison. 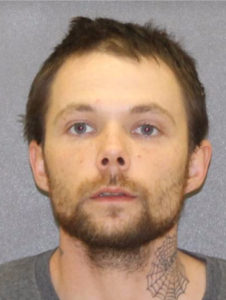