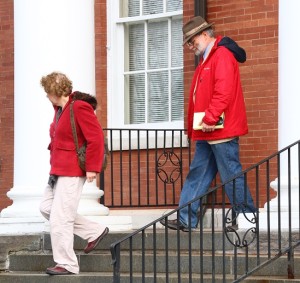 LIVINGSTON COUNTY – A Livingston County Judge returned a guilty verdict on Wednesday at a bench trial against a Sparta animal behaviorist for shooting a neighbor’s dog, causing it to bleed to death.

Harold ‘Hal’ Bauer, 68, was convicted of misdemeanor Overdriving, Torturing and Injuring Animals. He was originally charged with felony Aggravated Cruelty to Animals but Judge Robert Wiggins chose to convict him of a lesser included offense.

“This might not seem like the biggest case in a lot of people’s minds, but I think it is important,” said Livingston County District Attorney Greg McCaffrey. “What we have here is a man discharging a shotgun with birdshot and causing an extremely painful death for a companion animal.”

Bauer’s attorney, Raymond Sciarrino, called him as a witness. Bauer testified that the dog, a husky and chow mix, was threatening him, and the killing was an accident since he only fired the gun intending to scare the dog away.

“I was working in the barn when the dog approached me,” said Bauer. “He was in classic threatening posture, with his hackles up, his head to the right and his butt to the left, looking directly at me. It was a directed threat. These chow dogs are known to bite and I wasn’t sure if he was vaccinated. […] Without aiming, I loosely pointed the gun at a grassy area to his left. […] I was surprised that it was injured.”

McCaffrey called Drs. Jeffrey and Beth Jamison, the two veterinarians who gave Marcus emergency medical care at Honeoye Animal Hospital, as witnesses to testify that the dog died of massive internal bleeding due to more than 50 shotgun pellets that entered his left hind leg and severed a major internal vein.

Sciarrino called two neighborhood residents as witnesses who testified that they frequently saw the dog running free on a two-mile stretch of Story Road, and that it was thought to have been involved in the deaths of multiple rabbits and chickens.

Bauer testified that his wife had been bitten and injured by an unleashed dog 6 or 8 years ago, making him especially cautious of free-ranging dogs.

Bauer testified that he studied animal behavior in Africa with Jane Goodall and has worked with several well-known mammal behaviorists. He said that his area of expertise is mammalian social behavior.

He said that he purchased Springwater Farm in 1992 with the intention of furthering his research with SUNY Geneseo on developmental outcomes of high-risk infants.

The court ordered a pre-sentence investigation. Bauer will return to court in May for sentencing. 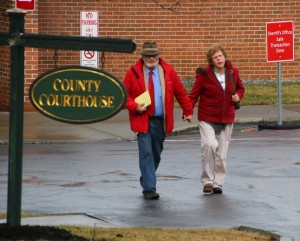 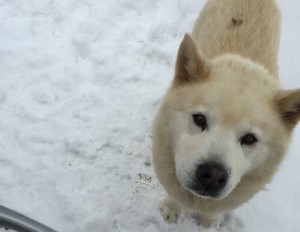