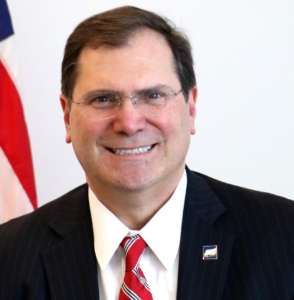 THE FOLLOWING IS INFORMATION THE SUN OBTAINED ABOUT THE CANDIDATE FROM THEIR PRESS RELEASE:

John Sarcone to announce campaign to seek the Republican nomination for New York State Attorney General. A skilled trial litigator and appellate advocate at the state and federal levels, Sarcone brings a deep understanding of the criminal and regulatory landscapes across diverse industries to his campaign. His cases have been published in state and federal case books almost three dozen times.

Sarcone has deep knowledge of how New York State and municipal government operate having served as Town Attorney for the Town of Eastchester and Deputy Town Attorney for the Town of Cornwall. Now an attorney in private practice in Croton-on-Hudson, Mr. Sarcone is the Principal Attorney of the Sarcone Law Firm which has a solid track record of providing proactive, pragmatic legal counsel to clients, with notable achievements for the People.

Sarcone’s 20+ year experience in providing proactive and pragmatic legal counsel to businesses, labor unions and municipal governments set him apart from his opponents. Sarcone, a business-minded attorney, also develops legal strategies that have allowed him to win judgments and negotiate financial settlements against some of the toughest opponents.

As a former Regional Administrator for the U.S. General Services Administration (GSA), Sarcone oversaw the operations of the federal agency’s operations that helps all other federal agencies manage and support their functions throughout New York State, New Jersey, Puerto Rico & the U.S. Virgin Islands, leading 660 employees, 15 different offices across the region.