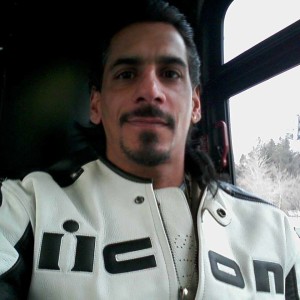 LIVINGSTON COUNTY – Joseph Harris, the man who was convicted in 2014 for several charges including Disorderly Conduct, Criminal Possession of a Weapon and Promoting Prison Contraband in Mount Morris, is continuing his legal battle through New York State’s courts.

Joseph Harris, 47, successfully overturned Livingston County Judge Dennis Cohen’s decision to accept a guilty plea for felony Promoting Prison Contraband in the Third Degree, restoring his presumption of innocence on that charge and bringing the case back to the Livingston County courthouse for further proceedings.

“I have been fighting these charges since the beginning, since March 21, 2013,” said Harris. “I’m not perfect. I’m guilty of the misdemeanors. I’ve always said that. But I never said I was guilty of the felonies.”

Harris’ legal fight began before his conviction, when he strongly denied that he intentionally smuggled weapons into the Livingston County Jail. Livingston County Deputy Sheriffs found pointed pieces of broken plastic in Harris’ clothes when he was processed at the jail that night, and charged him with promoting prison contraband for ‘knowingly and unlawfully introducing dangerous contraband into a detention facility.’

Harris maintained and said in court that he did not know the plastic pieces were on him when he arrived at the jail. He said that they were parts of a sign that broke during his struggle with Mount Morris Police and fell into his clothing. The Fourth Department of the Supreme Court of the State of New York said that Judge Cohen should have asked further questions before accepting a guilty plea to that charge since Harris was clearly claiming that he was not guilty.

The Fourth District overturned the conviction for Promoting Prison Contraband, but upheld all of his other convictions. Harris will appear before Judge Cohen again on that charge.

Harris has now applied with the Court of Appeals, the highest court in New York State, to appeal the other charges. Livingston County Assistant District Attorney Joshua Tonra, who handles appellate and post-conviction litigation matters for the District Attorney’s Office, said that nothing will be done in Livingston County until the Court of Appeals makes a decision on Harris’ other charges.

“Once we know the Court of Appeals’ decision we will decide how to move forward,” said Tonra. “Until then, we have no reason to do anything with the case.”

Harris was sentenced to two years of local jail on the prior convictions, which he served. The DA’s Office has the option to vacate the entire plea, including the upheld guilty plea to Attempted Criminal Possession of a Weapon, restore all eight counts of the original indictment, and seek a new, potentially harsher sentence.

Harris filed law suits against Livingston County in May 2014 for allegedly over-prescribing mental health medication. He said that he intentionally took far more than an appropriate dosage, becoming intoxicated, before committing the misdemeanors. He maintains that he would not have committed the misdemeanors if he did not have access to the excessive dosage. He also filed law suits for abuses that he allegedly suffered at the Livingston County Jail.

It is unclear how Harris will proceed with representation when his case moves forward in county court.

He was appointed assistant public defender Brittany Bennett as defense counsel but maintains that any representation from a Livingston County employee constitutes a conflict of interest given his pending litigation and refuses to work with any attorneys at the Public Defender’s Office.