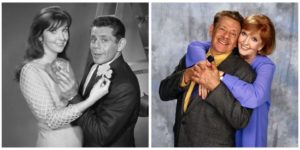 The Once Husband and Wife Famous Comedy Team, Stiller & Meara

Brooklyn born comedian Jerry Stiller (92) and once well known for his comedy team with his wife, Anne Meara, has died of natural causes.

His son, Ben Stiller, called him “a great dad and grandfather, and the most dedicated husband”.

He appeared opposite his son in several films, including Zoolander, and Shoeshine.

Mr. Stiller, a graduate of Syracuse University, is also survived by his daughter, the actor Amy Stiller.