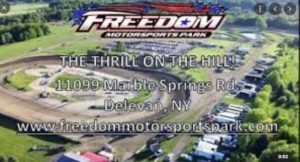 Jeremy Wonderling cashed in for a $1,000 payday Friday night on Prime Time Energy Services night, as he took the honors in the 25-lap Crate Late Model Challenge feature event.

Wonderling started at the front of the field, but had to pass early leader Dusty Waters a couple of laps in.  One out front, Wonderling was able to blast away from the field and open up a big gap while Dusty and John Waters battled for the runnerup spot.  John got the second spot as Dusty slid high, moving Steve Dixon into third.  At the finish, Wonderling took a commanding win, with John Waters second, Dixon third, Paul Grigsby fourth, and Dusty Waters fifth.
The Pro Mods were gunning for a $1,500 payday in the Bellinger Electric/Close Racing Supply Shootout event, and Dennis Lunger and Adam Ashcroft had a fantastic battle through the first two thirds of the feature, with Lunger using lapped traffic late in the race to open up a gap on Ashcroft that he carried to the checkers.   Ashcroft had to settle for second, followed by Al Brewer, Steve Dixon, and Duane Powers.

THe 20-lap Street Stock feature was a race long battle between Bill Taylor and Joe Chamberlin, who raced side by side for several laps during the event, with both taking turns at the point.  When the checkers fell, Taylor had bested Chamberlin, but both drivers were disqualified following post race inspections, which handed the feature win to Tom Kemp, who crossed the line in the third spot.  Tim Schram, Randy Taylor, Ted Mascho, and Andy Eastman were the rest of the top five finishers.
THe Mini Stock feature turned into a two car battle at the front of the field between Andy Shumaker and Holden Heineman.  Shumaker was able to pull away just past the halfway point and went on to claim the win over Heineman, William Weller Jr, Joe Bieber, and Rick Sperry.

After having problems with his car after the Bandit heat race, Ridge Cobb borrowed the Shumaker car and drove it home over Kaden Michael to take the win in their feature event.
Racing continues at Freedom Motorsports Park on Friday, August 13th with the Pete Loretto Memorial for Super Late Models, paying #3,000 to win plus lap money.  The Pro Mods, Street Stocks, Mini Stocks, and Bandits will also be on the card and it will be Season Championship night in all divisions, presented by Budweiser and Briggs Transportation.  For more information visit www.freedommotorsportspark.com .