AVON – The Livingston County Sheriff’s Office arrested a Rochester resident for allegedly carrying illegal drugs on 390, and then later at the county jail.

On March 25, 2017 Deputy Shawn Whitford, who is detailed to the Operation Safe Interstate initiative, conducted a traffic stop on Interstate 390 for a vehicle and traffic law violation. During the course of the traffic stop the Deputy Sheriff had contact with a passenger in the vehicle, identified as Campbell.

Campbell was transported to Central Booking at the Livingston County Jail to be turned over to Deputies for processing and pre-arraignment detention. However, when Campbell got to the jail, Deputies allege that he was in possession of more heroin and cocaine. Deputy Ryan Rossborough of the Sheriff’s Office Jail Division assisted.

The Livingston County District Attorney’s Office recommended that he be remanded on $10,000 cash or $20,000 bond. 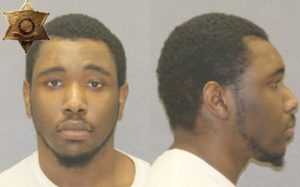