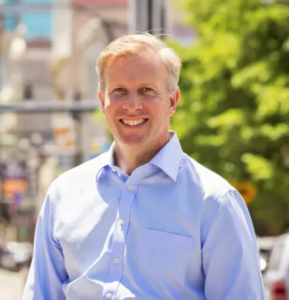 Congressman Chris Jacobs (NY-27) released the following statement after voting in favor of H.R. 1808 – The Assault Weapons Ban of 2021.

“Two months ago, following the massacre of 10 people in Buffalo and the horrific killing of 19 children in Uvalde, I announced that I would support an assault weapon ban that stops the further sale and manufacture of AR-15 style weapons – the guns used in these and many other mass shootings. Today, that bill was brought to the floor of the House of Representatives and I voted in favor of it.

I strongly support the Second Amendment and the right to self-defense and have a record of doing so. As Erie County Clerk, I ran our county’s Pistol Permitting Office, issuing over 10,000 pistol permits allowing citizens to avail themselves of their Second Amendment rights. However, what I do not support is easy access to high-powered semiautomatic weapons and large capacity magazines that have time and time again resulted in mass casualty shootings. These weapons have been proven to cause an immense amount of damage quickly – in Buffalo, 13 people were shot – 10 fatally – in less than 3 minutes.

We have a duty to provide for the safety of all Americans. These weapons do not belong in our communities. While this bill is not perfect, I believe it will save innocent lives.

“I want to be clear; this legislation does not call for the confiscation of guns that are already legally owned today, they are grandfathered in the bill. Finally, gun reform is only one piece of solving our nation’s gun violence problem. We need to work to increase security at our schools, provide resources to our law enforcement officers, and significantly enhance our mental health infrastructure. Our work is not done until we accomplish these goals as well.