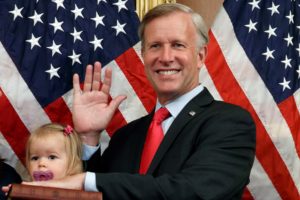 Congressman Chris Jacobs (NY-27) released the following statement after voting to pass the Bipartisan Safer Communities Act – a comprehensive gun safety package developed by a bipartisan team of U.S. Senators. With Jacobs’ support, the legislation now heads to the President’s desk to be signed into law.
“Today is a historic day. For the first time in nearly three decades, the United States Senate and House of Representatives have reached a meaningful and bipartisan compromise to address the rising tide of gun violence plaguing our nation. Recently, we witnessed the racist massacre of 10 individuals in Buffalo and the senseless deaths of 19 children in Uvalde. Sadly, these events are not isolated. Gun violence has touched every state in our nation and too many families have been destroyed by it. The American people have rightfully demanded action and today Congress delivered.
“For too long, Congress has suffered from gridlock on this issue while both sides of the aisle faced intense backlash for even suggesting they were open to a compromise. We can honor our Constitution while also protecting our children and communities. We can protect the Second Amendment rights of every law-abiding American while also ensuring dangerous individuals do not access firearms. This legislation upholds these principles.
“The Bipartisan Safer Communities Act represents meaningful reforms that I believe will decrease gun violence and save lives. That is why the legislation is supported by the Fraternal Order of Police and other law enforcement organizations. Some of the significant measures are
enhanced background checks for those under 21, funding for states who want to implement extreme risk protection order laws, closing the ‘boyfriend loophole’ which will help keep firearms out of the hands of dangerous domestic abusers, and greater preventions against ‘straw purchases’ which is a major source of illegal firearms on our streets. Aside from gun safety, this package also provides significant funding for more mental health resources and school safety – major Republican priorities to keep our children safe.
“This legislation may not be perfect, and both sides may not have gotten everything they wanted, but it represents a major step forward in working across the aisle to accomplish meaningful and impactful change on the significant issues our country faces. It will save lives. I am proud to have supported this legislation and to be an advocate for action to decrease gun violence. I will continue to work to improve the quality of life and safety of every American in any way that I can.
This week, Rep. Jacobs also voted in favor of H.R. 7666 the Restoring Hope for Mental Health and Well-Being Act. This bipartisan legislation authorizes numerous grant programs address several areas of mental health, including substance abuse and services for children, to help communities confront the root causes of all violence.