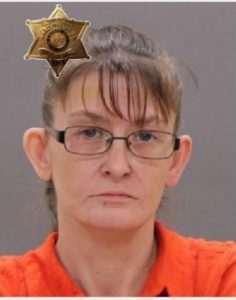 On January 6th, 2022 at about 6:45pm Deputy Jerry Pilkenton was assigned to the Sheriff’s Office Operation Safe Interstate initiative  when he stopped a vehicle on Interstate 390 for a violation of the NYS Vehicle and Traffic Law.

The roadside investigation revealed that both Mercado and Paul were in possession of a quantity of suspected heroin and crack  cocaine. Both substances were later field tested and confirmed to be positive for each respective drug. The investigation also revealed  that Paul had attempted to conceal the drugs within the vehicle with the intent of preventing detection from the Deputy Sheriff.

Both Mercado and Paul were arrested and charged with two counts of Criminal Possession of a Controlled Substance in the Seventh  Degree. Additionally, Paul was charged with felony Tampering with Physical Evidence.

Mercado and Paul were each transported and turned over to Central Booking Deputies at the Livingston County Jail for processing and released on an appearance ticket to return to the Avon Town Court at a later date, as the offenses did not qualify for arraignment  under the NYS Justice Reform Act.

Assisting with the investigation for the Sheriff’s Office was Deputy Ryan Bulter, as well as Sergeant Caleb Cutting and his K9  partner, KAI, who specialize in narcotics detection.