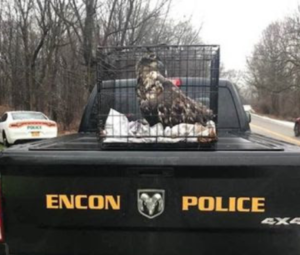 On Dec. 14, NYS Environmental Conversation Officers (ECOs) Ronald Gross and Joshua Crain responded to Letchworth State Park in Wyoming County to rescue an injured Bald Eagle from the edge of the gorge. The ECOs were aided by a New York State Parks Police Officer. The eagle was transported to Cornell University Wildlife Health Services, where it was diagnosed with a broken wing. The eagle is receiving treatment and expected to be rehabilitated and released in approximately three months. 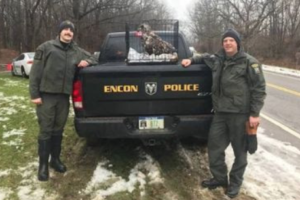