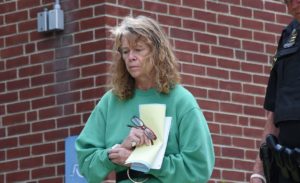 LIVINGSTON COUNTY – A Grand Jury indicted the Geneseo woman who has been arrested for DWI six times in the past 10 years.

This indictment charges Sharon Davis, 54, with two counts of felony DWI and Failure to Stop at a Stop Sign, a violation.

“What’s alleged here is that Ms. Davis was stopped in the Village of Geneseo with a BAC of 0.22,” said Assistant District Attorney Justin Hill, who appeared Thursday for the prosecution. “She has a long history of driving while intoxicated. She has a 2007 conviction for DWI in Lima and pending DWI’s in Livingston, Orleans, Genesee and Monroe Counties.”

Davis said that she has retained an attorney, Kevin McCain out of Rochester. Judge Dennis Cohen said that the court has had contact with McCain and he was notified of the court date, but he did not appear for Thursday’s arraignment.

Cohen entered a not-guilty plea on her behalf, which is a typical procedure when defendants appear in court for the first time without an attorney.

Davis has been arrested for DWI multiple times over the past few months. The Geneseo Police Department arrested her on June 24 for felony DWI. She posted $5,000 cash bail and was released. The next day, the Livingston County Sheriff’s Office arrested her on the same charge at Vitale Park. She went back to jail on $5,000 cash or $10,000 bond.

This time, Hill recommended that Davis be held at the Livingston County Jail on $200,000 bail. Cohen ordered her held on $200,000 cash or credit card. 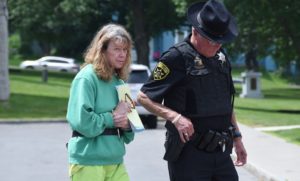