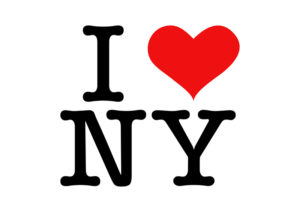 The Bronx born, Milton Glaser died today June 26, at the age of 91of a stroke.

Born in 1929, the  renowned American graphic designer is probably  best known for his “I Love New York” logo.  This graphically catchy 1977 New York state tourism logo used just three letters and a heart. But there was much more.

Mr. Glaser enjoyed an extremely well creative career throughout his life.  This includes is co-founding of New York magazine, the logos for DC Comics, Stony Brook University and Brooklyn Brewery.

Among his many awards is the “National Medal of Arts” award which was given to him in person by then President Barack Obama in 2009.  He was the first graphic designer to receive this award.

Later in life he enjoyed his move to upstate New York and described it this way, “We have a beautiful house in Woodstock [NY]. It’s the alternation of those experiences that matter.

“After we’ve been in Woodstock a week or two, we think of NYC as a vacation. The ability to choose your energy level and environment, and feeling you have that choice, makes it delightful.” 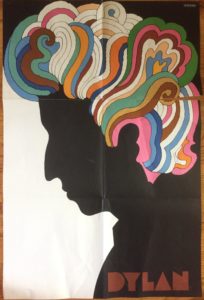