INTERSTATE 390: Sheriff Thomas J. Dougherty reports the arrest of two individuals on numerous drug related charges after a traffic stop on the Interstate.
On June 25, 2019 Deputy Shawn Whitford was assigned to the Sheriff’s Office Operation Safe Interstate initiative when he stopped a vehicle coming off Interstate 390 at Exit 10 for a violation of the NYS Vehicle and Traffic Law.   The Deputy Sheriff identified the driver of the vehicle as 42 year old Gary L. Chatman from Rochester NY (Monroe County) and a passenger in the vehicle as 39 year old Stella M. Ashley from York NY. The Deputy Sheriff suspected that the two were involved in drug activity and conducted a roadside drug investigation and also requested an additional Deputy Sheriff to the scene to assist with the investigation. Deputy Michael Philips arrived on scene to assist.

The initial investigation revealed that the driver, Gary Chatman, was in possession of marijuana, concentrated cannabis, and a spring loaded knife (switchblade). When the Sheriff’s Deputies attempted to take Chatman into custody on the charges, he initiated a struggle with the Deputies and fled on foot. After a foot pursuit and taser deployment, Chatman was taken into custody.  It was then found that Chatman was also in possession of Oxycodone pills and approximately seventy (70) grams (nearly two and half ounces) of cocaine, which included twenty three (23) bags of crack cocaine and powder cocaine.  Chatman was arrested and charged with two (2) counts of felony Criminal Possession of a Controlled Substance in the 3rd Degree (1 count for the weight of drugs and 1 count for intent to sell), two (2) counts of Criminal Possession of a Controlled Substance in the 7th Degree, felony Criminal Possession of a Weapon in the 3rd Degree, Unlawful Possession of
Marijuana, and Resisting Arrest. 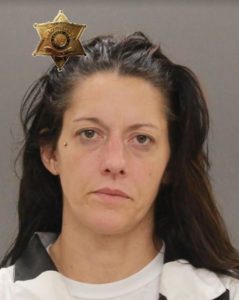 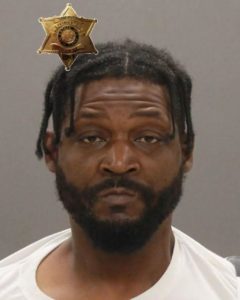