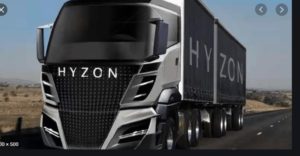 Hyzon has secured an  $8 million dollar expansion funding, which will allow the company to add approximately 100 jobs to the Honeoye Falls village in Monroe County.

Empire State Development is assisted financially by providing a $1.6 million dollar grant through the Eccelsior Tax Credit program, with Monroe County and Greater Rochester Enterprises also assisting The construction has already started on the existing 78000 sq, ft facility on Quaker Meetinghouse Rd.,  which opened last year in Honeoye Falls.  The building renovation and expansion is expected to be completed in April 2021.

Hyzon has developed fuel cell stacks that can provide up to 150kW of power in heavy vehicles, and expect to develop even more power fuel cell systems and start producing them in 2022. Advocates of fuel cell technology say that they are cleaner than even electric  vehicles because fuel cells’ only byproducts are oxygen and water.