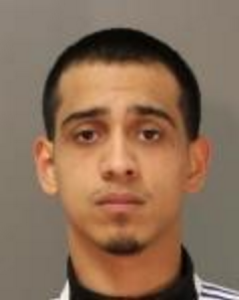 According to a press release from the NYS Police, Jimmy Corella, 25, was arrested for felony Assault in the Second Degree, felony Reckless Endangerment in the First Degree, and misdemeanor Criminal Possession of a Weapon in the Fourth Degree.

The main dispute occurred at the alleged victim’s residence via text message regarding a ‘mutual female acquaintance’ on May 1.

At approximately 11:45 a.m., Troopers from State Police headquarters in Geneseo were dispatched to a residence on Groveland Hill Road, Town of Groveland, for a reported assault.

The alleged victim, a 30-year-old male, said that Corella struck him with a baseball bat and then drove at him with a vehicle while fleeing the scene.

NYS Penal Law section 120.05 says that a person is guilty of Assault in the Second Degree when they intentionally cause serious physical injury to a person or do so by means of a deadly weapon or a dangerous instrument.

Corella was arraigned in Town of West Sparta Court and remanded to the Livingston County Jail on $10,000 cash or $20,000 bond.

Corella will appear in Groveland Town Court at a later date.