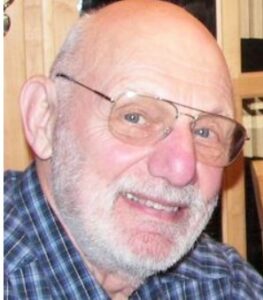 After graduating from High School, Len decided that he would like to serve his country in the United States Army during the Korean War. After Len’s discharge from the military, he began his career with the Monroe County Department of Public Safety, where he became an Assistant Superintendent. Len had a passion for wireless communications. He was a lifelong amateur radio operator (WA2ZNC).  He worked for the Antique Wireless Museum in Bloomfield, NY, where he continued to work up until he passed.

Friends and Family are invited to call from 4-7 pm on Tuesday, September 27, 2022, at Kevin W. Dougherty Funeral Home, 8624 Main Street in Honeoye. A Funeral Service will take place at 10 am on Wednesday, September 28, 2022, at the Honeoye United Church of Christ, 8758 main Street in Honeoye. Interment will immediately follow Len’s funeral service and be held at White Haven Memorial Park in Pittsford, NY. Instead of flowers, memorial contributions may be made to The Jewish Home of Rochester, 2021 S. Winton Rd, Rochester, NY 14618, or The Honeoye-Hemlock American Legion, PO Box 478, Honeoye, NY  14471. To share a memory or condolence, please visit: www.doughertyfuneralhomes.com