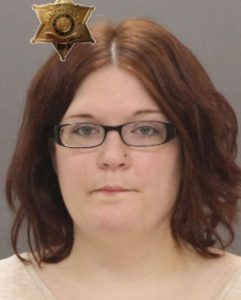 The Livingston County Sheriff’s Office arrested Jessica L. Madigan, age 32 from Honeoye Falls NY, for allegedly stealing over $32,000 in cash from the Conesus residence over the course of several months.

On April 30, 2019 the Sheriff’s Office responded to a residence on Niver Road for the report of a large sum of money stolen from a residence.

Madigan was turned over to Central Booking Deputies at the Livingston County Jail for processing  and issued an appearance ticket for the charge as the offenses did not qualify for pre-arraignment  detention or for bail to be set under the NYS Justice Reform Act.

Deputies did provide Madigan a future date court in Conesus Town Court and then set her free.