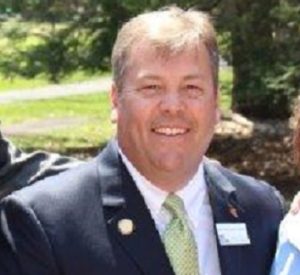 NYLON – Rick Milne’s supporters are far from giving up after he lost the Republican primary to the late Bill Nojay and the Republican leadership did not appoint him as nominee.

Honeoye Falls residents have an active social media campaign to write in Milne, their mayor, for the 133rd District of the New York State Assembly instead of voting for either Democratic nominee Barbara Baer or Joe Errigo, who the Republican leadership’s appointed as the party’s nominee.

“The Republican Primary Election in September was particularly disturbing,” posted Honeoye Falls resident Mary Szlosek to Facebook. “The fact that 3 men sat behind closed doors and put Mr. Errigo on the Republican ballot was unconscionable to me. Given this latest development, I will be writing-in Rick Milne as my choice for State Assemblyman to represent the 133rd district on November 8. I strongly encourage others to do so as well!”

The 133rd district contains all of Livingston County, Honeoye Falls and Pittsford.

The campaign’s most passionate supporters are those who dislike the circumstances under which Errigo was appointed, and those who take issue with Errigo’s recent comments about President Obama.

“For Errigo to state that the president of the United States is encouraging a race war by telling blacks to ‘kill the whites’ is highly inflammatory and just plain wrong,” posted Glenda Stuart Reilly. “In a situation where you are playing mediator in your job, you have to appeal and relate to both sides of the argument to attempt to reach some sort of compromise. This is a no-win situation.”

According to our news partner News10NBC, Errigo later clarified that comment by saying, “My comments earlier today spoke to my belief of President Obama’s lack of leadership with respect to supporting our law enforcement personnel and easing racial tensions that have escalated to alarming levels during his presidency.

‘I certainly do not believe that President Obama is directly encouraging attacks on law enforcement nor encouraging divisive actions. Rather, I believe this tension is a buildup from cultural, socioeconomic and bitter political tensions among Americans. That must change. I have and will always support a society of tolerance, acceptance and peace, and will certainly to my part to contribute to that.”

Campaign participants emphasize that to be effective, the write in name must be exactly spelled: Richard B Milne.