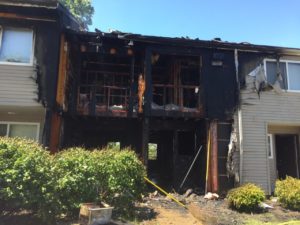 GENESEO – Since Saturday’s dryer fire shut down Building 4 of the Highlands on Meadow Drive, displacing five families, some of the tenants are starting to show their true colors.

Carol White Arney lives in Building 1 and was not affected by the fire. She and her neighbors, which include her two daughters in other nearby buildings, began pulling for the residents of Building 4 as soon as the air began to fill with smoke.

“Five families lost their homes and there were people home in two of the apartments when the fire broke out,” said Arney. “Thank God no one was hurt and everyone was able to get out, even a pregnant dog was saved by another neighbor here.”

“I just posted on a yard sale site that I manage to try to get clothes and furniture and whatever we can for them,” said Arney.

So far, requested are:

“I have friends who might be able to help,” posted former Highlands tenant Stephanie Nuttall on Arney’s profile. “They will give me stuff, and I will give to you.”

Arney asks that anyone with items for the family can bring them to her apartment, #2 in Building 1 at the Highlands on Meadow Drive, and she will get them where they need to go. 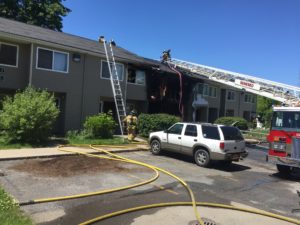 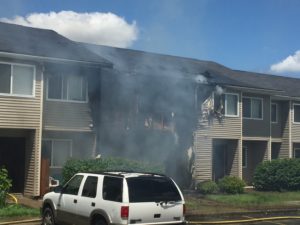 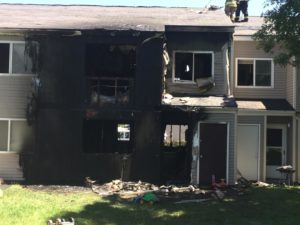