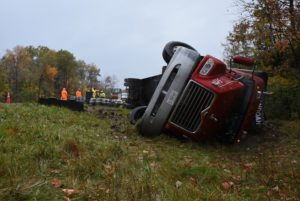 LIVINGSTON COUNTY – A tractor trailer rollover on 390 may have been caused by a driver’s use of illegal drugs.

According to Livingston County Sheriff Thomas Dougherty, deputies are investigating whether the driver was high when his rig ran off the left shoulder of 390 northbound between exits 7 and 8 and rolled over early Thursday morning.

“The driver was transported with non life-threatening injuries,” said Dougherty. “The driver has what we suspect is heroin on him and a DWAI investigation is also underway.”

As of 9:30 a.m., beer kegs are still being loaded onto another tractor trailer.

The investigation is still pending and no charges are formally filed.

Continue to follow the GeneseeSun.com for further updates on the investigation. 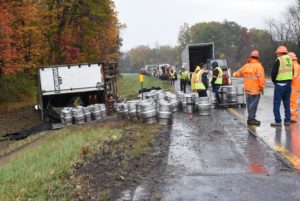 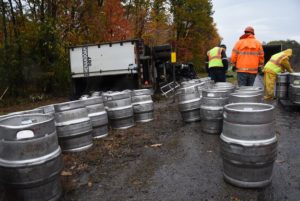