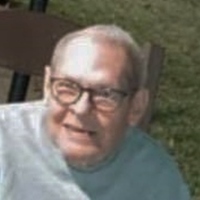 JAMES T. “JIM” MCGRATH age 68 of Henrietta, formerly of Avon, died peacefully Thursday May 14, 2020 at his home.  He was born the son of LaVerne and Elizabeth (McGurn) McGrath on December 1, 1951 in Rochester, New York.  He married Mary Annalora on December 1, 1973.  Prior to his retirement in 2014 he was employed as a Truck Driver for the New York State DOT in Rush, New York for over 10 years and had previously retired from Frontier Telephone in 2004 as a lineman for over 38 years.  He was a member of St. Agnes Church in Avon, CSW Local 1170, CSEA and the Henrietta Moose Club.

He is survived by his wife of 46 years Mary, 2 daughters Kerri (Sidney) Russell of North Carolina and Kelly (Stephen) Lazich of South Carolina.  2 Grandsons Corbin and Austin Russell both of North Carolina.  Brother John McGrath of Rochester and Sister Kathleen (Robert) McGowan of Florida.  Several nieces and nephews.  Jim was predeceased by his sisters Carol & Nancy and his brother Charles “Butch”