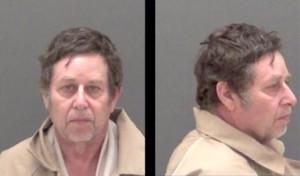 ROME – Gary Flemke, the man who brutally took his wife’s life in late February 2014 in Hemlock, has died while serving a lengthy sentence at Mohawk Correctional Facility in Rome, NY.

According to the New York State Department of Corrections and Community Supervision, Flemke died on May 2, 2016 at age 63.

Livingston County was shocked as the details of Flemke’s 2014 crimes unfolded.

Family members said that his wife, Marcia Flemke, 58, was looking forward to leaving him and moving to Florida. On February 28, 2014, when she came to remove her belongings from Flemke’s residence on Bald Hill Road, he shot her three times with a shotgun. He then tried, unsuccessfully, to dissolve her body with lime on the property.

Flemke pled guilty to felony Murder in the Second Degree and felony Tampering with Physical Evidence on April 29, 2014 and was sentenced to 20 years to life in prison.

Flemke died less than two years into that sentence.

“My mom was a nurse for 23 years,” said Justin Smith, Marcia’s son, through his tears at Flemke’s sentencing. “She was the first person I would call with any kind of problem. She was the best mom anyone could ask for. She was very religious, and I know she’s in heaven now.”