AVON – A Hemlock man is charged with driving while ability impaired by drugs and drug possession after the Livingston County Sheriff’s Office found him at a traffic accident and allege that he had baggies of heroin in his mouth.

According to a press release from Livingston County Sheriff Thomas Dougherty, Christopher Handy, 43, was arrested for misdemeanor Criminal Possession of a Controlled Substance in the Seventh Degree and misdemeanor DWAI Drugs.

On Dec. 1 at approximately 7 p.m., the Sheriff’s Office received a traffic complaint regarding a vehicle all over the road, traveling south on 390 from the Monroe County line. Deputy Shawn Whitford assigned to Operation Safe Interstate was in the area. The Sheriff’s Office Emergency Communications Center received a call that the vehicle had just gone into the median as the deputy was responding.

While Deputy Whitford was speaking with Handy, he suspected that Handy had something in his mouth. Handy was found to be concealing four bags of heroin, at which point Handy was taken into custody.

Handy was the taken to the Sheriff’s Office Headquarters where Deputy Jeff Faugh, a certified Drug Recognition Expert, responded to conduct a drug evaluation on Handy and alleges that Handy was under the influence of drugs and was unable to safely operate a motor vehicle.

Handy was turned over to Central Booking Deputies at the Livingston County Jail for processing and pre-arraignment detention.

Handy was later arraigned in the Town of Avon Court before Justice Michael Torregiano who remanded him to the custody of the Sheriff on $250 cash bail or $500 bond. 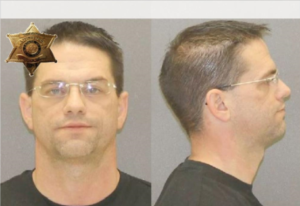