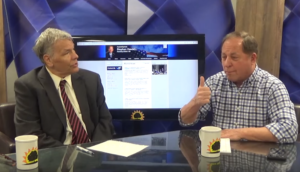 Assemblyman Steve Hawley (R,C,I-Batavia), has signed a letter to Gov. Cuomo asking once again for action on the state level to investigate the case of the Village of Orleans Nursing Home deaths caused by overcrowding and COVID-19 spread. After days of calling, writing letters, and drafting emails, Hawley believes now is the time Gov. Cuomo will make his true feelings known about the situation.

“I have called the governor’s office numerous times, and my team and I have spent days sending letters asking for more formal, state-level investigations to take place, but we’ve heard nothing back so far,” Hawley said. “If Gov. Cuomo truly cares about the elderly population, as he claims on his daily ‘press briefings,’ he needs to get back to us immediately. The need for state support in this investigation is paramount to holding responsible parties accountable and stopping the spread of sickness and death in our most vulnerable population.”