GENESEO – Mayor Richard ‘Dick’ Hatheway has been on the Village Board longer than some records have been kept by the Livingston County Board of Elections.

“Over the past 35 years, the biggest thing I have noticed is the increasingly significant role of community volunteer organizations,” said Hatheway. “They are building stronger and stronger partnerships that I and many Village residents are very thankful for.”

Hatheway’s long, continuous term of service is conspicuous among other public officials in Livingston County history. He is certainly the longest-serving incumbent mayor in the County.

Hatheway added that the Village has seen some significant changes over his long tenure, especially to its population and housing.

“I think the spread of non-owner occupied housing has been a major change over the last 35 years,” said Hatheway. “The community continues to grow, and that community has made this just a marvelous village to live in.” 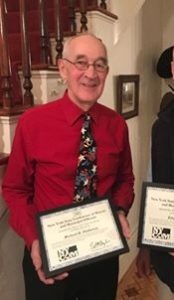