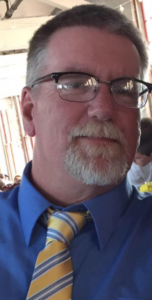 According to multiple independent sources, former Town Water Superintendent Dan McKeown had been submitting made-up water meter numbers and not actually checking for factual readings. McKeown resigned this past June.

Residents will find out if they were on the plus or minus end of McKeown guesstimates. According to Campbell, some folks could see a water bill in the thousands of dollars for water used dating back nine years.

The Town hired an accounting firm Bonadio group who are trying to reconcile the amount of water used and bill it according to estimates. Complicating matters are homes acquired within the past nine years whose previous owners have moved on.

Campbell added that the December water bills will range from a few dollars to not greater than $5,000 for residential meters.

Tom Crye, Town Highway Supervisor, is now overseeing the water department as no replacement for McKewon has yet been appointed.

The Town became aware of the issue when they updated their billing system in March.

It’s not known what McKeown was doing when he was supposed to have been going out and reading the meters and was making over $53,000 per year, according to SeeThroughNY.

LeFeber went to Livingston County District Attorney Greg McCaffrey’s Office to see if criminal charges can be filed against McKeown. The investigation found that no criminal charges are appropriate .