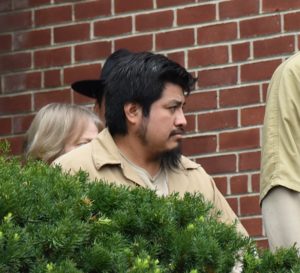 LIVINGSTON COUNTY – The man charged with repeatedly having sex with a 12-year-old girl pled guilty to rape and agreed to serve a lengthy prison sentence.

Fernando Alvarado-Perez, 37, pled guilty to felony Rape in the First Degree as part of a plea offer from the Livingston County District Attorney’s Office for 20 years in prison and 20 years of post-release supervision.

“We’re sending a message that anyone who commits these unspeakable acts will go to prison and that we will go the extra mile to protect victims, especially child victims, from further harm,” said Assistant District Attorney Justin Hill, who prosecuted the case.

Judge Dennis Cohen also issued a temporary order of protection in favor of the victim until sentencing, which will be at a later date. Hill said that part of his sentence recommendation is an eight-year no-contact order of protection to begin after Alvarado-Perez’ release.

“This case would not have been possible without the thorough, diligent investigation by the Geneseo Police Department,” said Hill.

Cohen warned Alvarado-Perez that deportation is likely at the end of his sentence.

“Certainly this court doesn’t have any control over what immigration will do after your release, but you should be advised as to the potential ramifications of a guilty plea in this case,” said Cohen. “Right now, you can expect to be deported at the conclusion of your sentence, but this is a 20-year sentence. I don’t know what is going to happen in 20 years.” 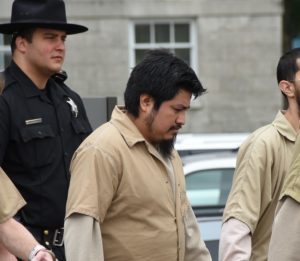