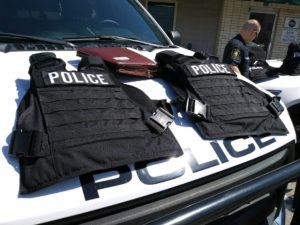 Michael A. Letts is the CEO and Founder of In-VestUSA, a national grassroots non-profit organization helping hundreds of communities provide thousands of bulletproof vests for their police forces through educational, public relations, sponsorship, and fundraising programs.

We may have a hard time of knowing just how bad crime has gotten in America last year because it appears government bureaucracy and inefficiency has thrown a wrench in the works.

A report from The Marshall Project revealed that nearly 40 percent of the country’s law enforcement agencies did not report any crime data for 2021 to the FBI crime statistics collection program. The missing information comes from some of the largest (and most crime-ridden) cities.  These include New York, Los Angeles, and a majority of the agencies in New York, Florida, Pennsylvania, Illinois and California.

The FBI switched to a new data collection system and the federal spent hundreds of millions of dollars helping local police departments switch to the new system. However, 7,000 agencies did not send their data to the FBI last year. Contrast this to only 2,700 agencies that did not report data in 2020.

“The biggest complaint over the last several years has been the amount of time it takes to complete two incident reports when most people feel as if it should be one incident,” Union County Sheriff’s Office crime analyst L. Kiker said, according to Axios Charlotte.

This is due to the new system’s ability to record more than only the most serious offense of a crime. For example, if a robbery and a shooting happened together, agencies would only count the shooting, according to The Marshall Project.

“It’s going to be really hard for policymakers to look at what crime looks like in their own community and compare it to similar communities,” he added, according to the outlet.

An FBI spokesperson said in a statement they have “identified a way forward to account for missing large agencies,” according to The Marshall Project.

“People are used to working with ‘5% or 10% of missing data’ but making estimated when 35% of the data is missing is ‘not malpractice necessarily, but you don’t want to do that,” University of Maryland Criminology Professor James Lynch said, according to The Marshall Project.

One concern that the Marshall Project had was that the missing data would be misreported making crime numbers look better than they were. The report noted the FBI data is “leaving a massive gap in information sure to be exploited by politicians in midterm election campaigns already dominated by public fear over a rise in violent crime.”

Last week, the FBI released crime statistics for the first quarter of 2022, compiled from 56 percent of law enforcement agencies across the country. Data from more than 8,000 agencies was missing, signaling that the national crime statistics may continue to miss a significant number of agencies in the near future.

The other disturbing thing this reveals is that the FBI has likely been underreporting crime in the U.S. for years. That means it is even worse that we have been led to believe.

Is this really a time when we want to be restricting our police and hindering their ability to do their job? We need to back them, train them, and give them the equipment they need.

Maybe then, we can make a real impact on crime.