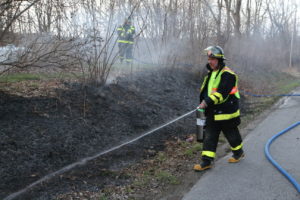 According to first responders, firefighters were dispatched to Leicester Road between Perry Road and Main Street for a reported grass fire at about 7 p.m.

Leicester and Cuylerville firefighters brought all of the fires under control.

It has not been released whether these fires were the result of open burning. The DEC’s burn ban went into effect on March 16 to prevent fires like this, which burn in seasonally dry dead leaves and grass.

During the rest of the year, when the ban is not in effect, the DEC rules are that campfires less than 3 feet in height and 4 feet in length, width or diameter are allowed as well as small cooking fires and ceremonial or celebratory bonfires, but these cannot be left unattended and must be fully extinguished.

Only charcoal or clean, untreated or unpainted wood can be burned.

In towns with a total population less than 20,000, you may burn tree limbs with attached leaves. The limbs must be less than 6 inches in diameter and 8 feet in length (also referred to as brush).

However, this is not allowed from March 16 through May 14 due to the increased risk of wildfires.

The DEC released a public service announcement on the burn ban.

Burning during this period sets you up to be charged with a violation or misdemeanor by Environmental Conservation Police, which would mean a maximum of one year in jail and a maximum $33,500 fine. 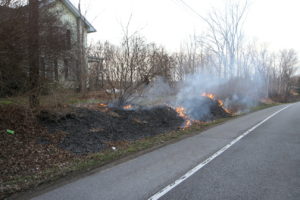 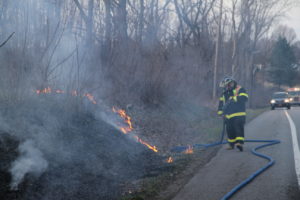